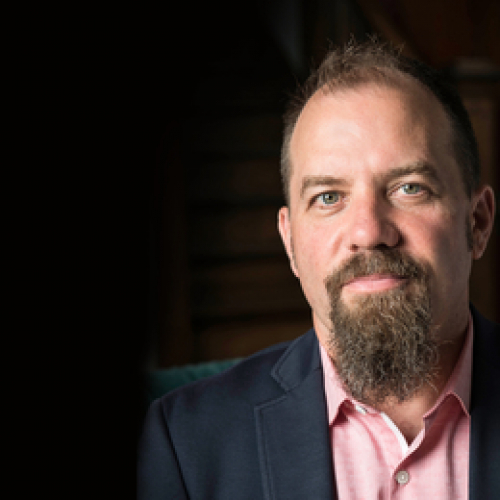 James K.A. Smith is professor of philosophy at Calvin College where he holds the Gary & Henrietta Byker Chair in Applied Reformed Theology & Worldview. The award-winning author of Who's Afraid of Postmodernism?, Desiring the Kingdom, and How (Not) To Be Secular: Reading Charles Taylor (2014), his recent books include You Are What You Love: The Spiritual Power of Habit (2016) and Awaiting the King: Reforming Public Theology (2017). His new book, On the Road with Saint Augustine, will be published in October 2019.

Smith also serves as editor in chief of Image journal, a quarterly devoted to "art, mystery, and faith." His popular writing has appeared in magazines such as Christianity Today, First Things, and the Los Angeles Review of Books, as well as the New York Times, the Wall Street Journal, and USA Today. Jamie and his wife, Deanna, have four children, and live in the Heritage Hill neighborhood of Grand Rapids. They attend Sherman Street Christian Reformed Church.

Christian Engagement in a Post-Christian Society